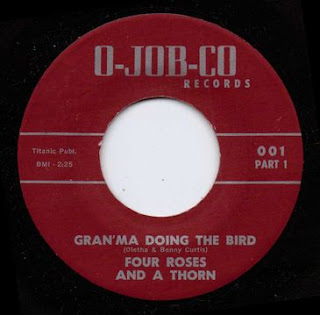 Four Roses And A Thorn

Born in Dover, Oklahoma in 1929, Oletha Jane House married Curtis B. Oliver in 1951. They came from Wichita, Kansas to Los Angeles in 1957 . She was a florist and was working as the secretary of the All American Youth Foundation of which she was co-founder.   She died in 1985.

Curtis B. Oliver, also known as Benjamin Curtis Oliver, recorded as Benny Curtis for Bridges, Soul Galore, Dynamite and Resist, and as Benny C. Oliver with The Mellow Men on his own Ojobco label.

Lead vocalist on this record is possibly Oletha.