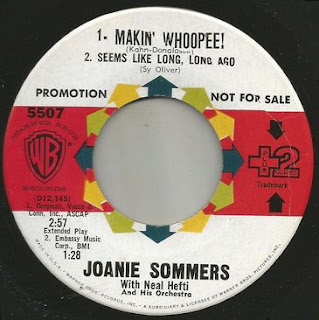 Joanie Sommers
with Neal Hefti and his orchestra 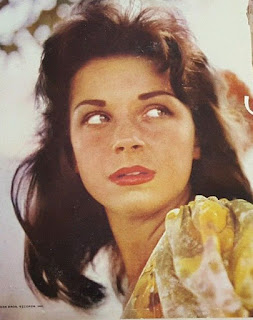 Joanie Sommers
(from the cover of her first WB LP)

In 1959, Joanie Sommers was put under contract by Warner Bros. records. She was put to work singing with Edd Byrnes (replacing Connie Stevens) of the TV series 77 Sunset Strip (1958) and guested on the show. Her first single with Byrnes was titled "Kookie's Love Song" and it was followed by her first solo album, 'Positively The Most', that same year. Critics embraced the jazz-influenced album and she was dubbed "the greatest singing discovery of the last 15 years". She was eighteen years old.