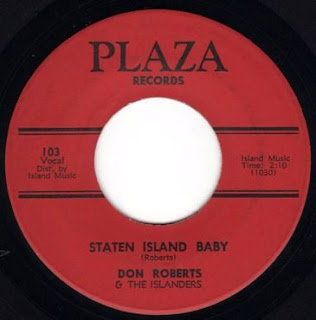 Leader was probably this Donald Roberts who died in 2008.

He was also a successful leader and musician in the Don Roberts Orchestra, where he sang and played guitar in many of the Metropolitan area establishments. Later, he played with his son, Willy, as the Continental Duo/Don & Willy.