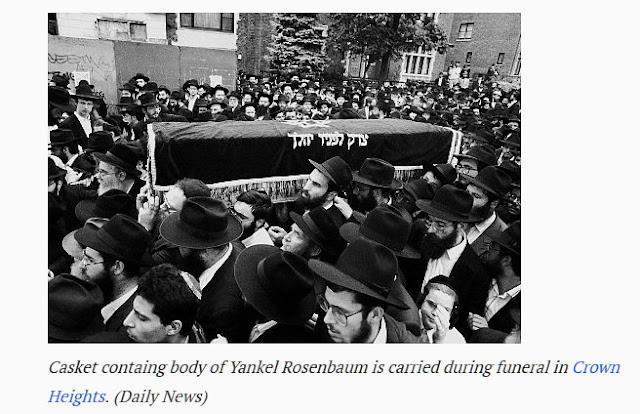 The Crown Heights riot was a three-day racial riot that occurred from August 19 to August 21, 1991 in the Crown Heights section of Brooklyn, New York City. It turned black residents and Orthodox Jewish residents against each other, causing the deterioration of already tense racial relations. The riots began on August 19, 1991, after two children of Guyanese immigrants were unintentionally struck by an automobile in the motorcade of rebbe Menachem Mendel Schneerson, the leader of the Chabad, a Jewish religious movement. One child died and the second was severely injured.

In its wake, several Jews were seriously injured; one Orthodox Jewish man was killed; and a non-Jewish man, apparently mistaken by rioters for a Jew, was killed by a group of black men. ...more