You Mention My Name 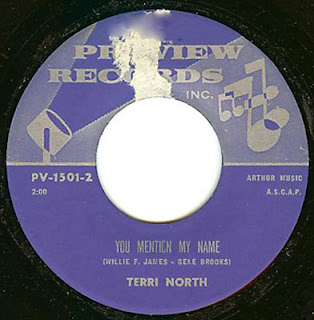 This is actually Teri Thornton, a jazz singer turned song poem singer at the end of the sixties after her career was seriously damaged when she started to lose an ongoing struggle with alcohol addiction.  Only decades later she was discovered to have been singing on records in Los Angeles under various pseudonyms for the Preview Records and MSR labels, where she was the Rodd Keith label mate for a couple of years.

On MSR she was Teri Summers.  I've collected for you ten of her songs issued on various MSR albums.  The archived file can be found HERE 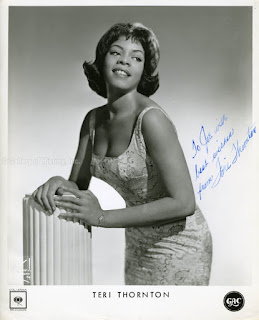 She was born in Detroit, where her parents, Robert Avery, a Pullman porter, and Bernice Crews Avery, a choir director and singer who was the host of a local radio show, encouraged her to study classical music. Thornton began her singing career in 1956 with an engagement at Cleveland's Ebony Club before going on tour and playing and recording in Chicago. Her debut recording session in the winter of 1960/1 found her teamed with several notable jazz musicians including Clark Terry, Britt Woodman, Earle Warren, Seldon Powell, Wynton Kelly, Freddie Green, Sam Jones, Jimmy Cobb, and Sam Herman.

She had a 1963 hit with "Somewhere In The Night", the theme from a popular television show, The Naked City. Her popularity opened doors for her but an opportunity to tour Australia as an accompanying artist to Frank Sinatra was mishandled and lost. Her early success was still further and more seriously damaged when she started to lose an ongoing struggle with alcohol addiction. Apart from damaging her career, this also blighted her personal life and she went through three divorces, a long and arduous spell outside music, during which she drove a cab for a while, and a term of imprisonment. 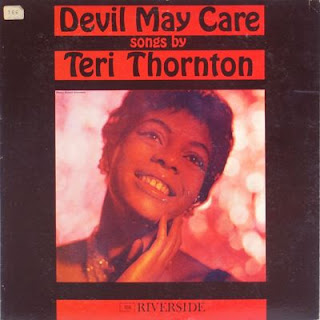 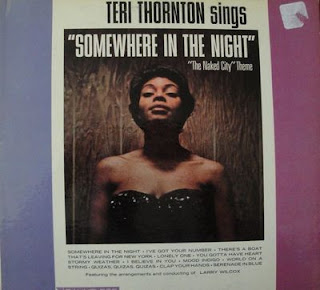 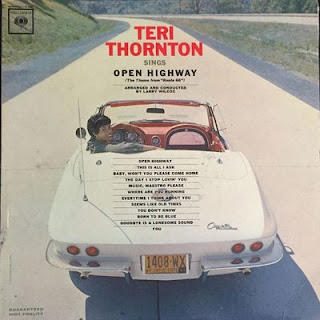 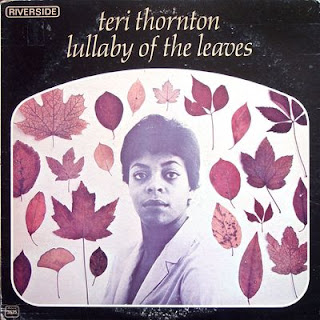 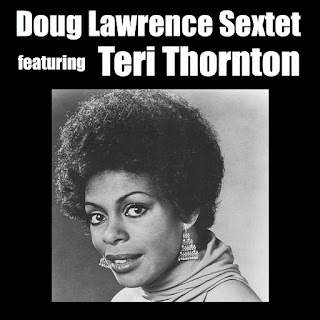 Pehaps worth tracking these Teri/Terri/Terry songs on Preview Records :1464 Terry Marsh - How Many Times Have I Loved You / Though We Say Goodbye Now