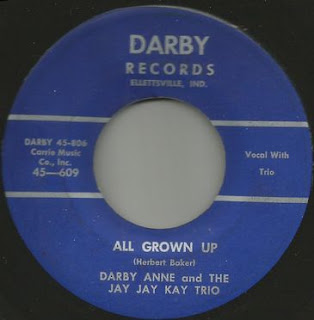 
Presumably, "All Grown Up" is a cover of the song previously recorded by Debbie Reynolds MGM 12560 in 1957. Not much can be found on Darby Anne.  Only thing I known is she recorded another 45 on the same label, also a King custom pressing, backed by the Johnnie Wattles Orchestra  (Betwixt And Between , Darby 45-D3)