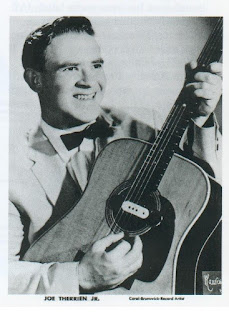 A country veteran from Springfied, Massachusetts, Joe Therrien Jr. was entering his late twenties when he converted to the rock and roll faith.  Therrien formed the Rockets in 1956 and toured the lowspots of Massachusetts and neighbouring Connecticut.  In 1957 his manager got him a one-shot recording session with Lido, a subsidiary of Bruce Records. The session was cut in a studio above the Satan Club in Times Square on March 25, 1957