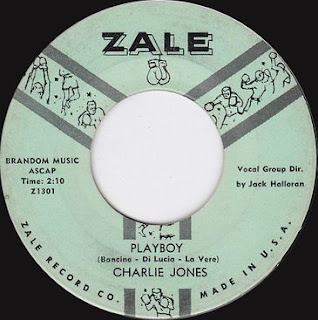 Born in Memphis, Tennessee around 1935 Charles Jones, better known as Jeb Stuart, had a long musical career.  From the beginning of his career, Stuart seems to have oriented himself toward the white audience. He grew up idolising Billy Eckstine, Nat King Cole, Elvis, Fats Domino, and Little Richard, and left Memphis to study at the Chicago Conservatory of Music under Frank Lavere, one of the writers of Nat King Cole's hit ''Pretend''.  This Zale single is missing from his various  discographies available online.


While in Chicago and before he came back to Memphis, he recorded these four singles :