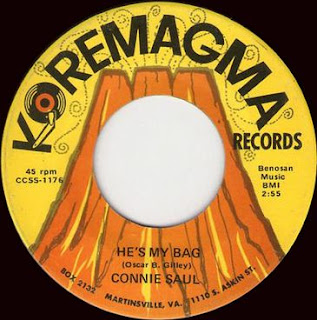 Connie Saul had a second release on the same label the following year : A Wedding Ring / Fifty Cents Down.  There was at least one more recording : "Coal Miner's Daughter" which can be found on a various artists LP on Outlet Records (a 1973 release) titled Bluegrass on Campus. Vol. 1.

Obscure label, for sure.