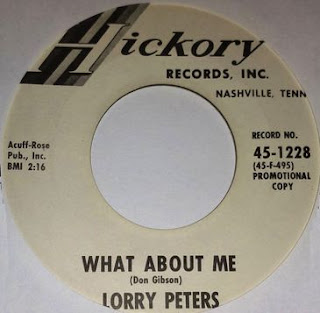 What About Me
Don Gibson, Acuff-Rose, BMI

A Statue In A Window
Boudleaux Bryant, Felice Bryant

Hickory Records signed Lorry Peters to a recording contract in a move taking the traditonally country label further into the pop field.  Lorry Peters recorded just one 4-songs session for Hickory in Nashville in late January of 1963. This is her second single. 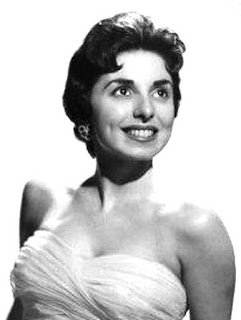 Brown-eyed and brown-haired, Lorry (or Lorrie) Peters was born in Middletown, Conn., May 30, 1932. She was graduated from Syracuse University where she majored in radio.  Singing was her earliest ambition. She took coaching lessons when she was three and appeared on kiddie talent shows for several years afterwards.

Miss Peters, while working as a secretary in New York, recorded a jingle for the Ansco Company. Ray McKinley, director of the New Glenn Miller Orchestra, heard the commercial and asked who had recorded it.  Later, when he was looking for a female vocalist, he remembered the girl and the voice and he signed Miss Peters immediately.  She can be heard on several tracks from a couple of Glenn Miller Orchestra albums released by RCA Records at the end of the fifties.
Note : I've added "Lady Is A Tramp" from her big band period to the Hickory single in the following archived file :