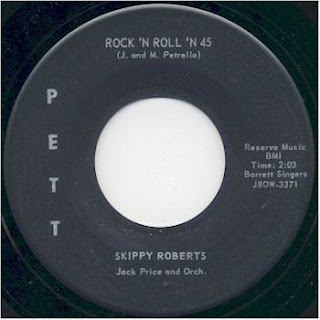 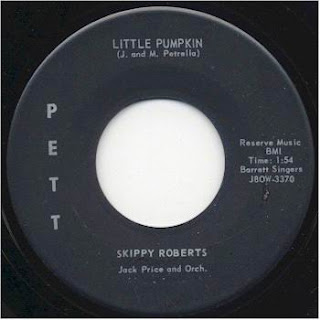 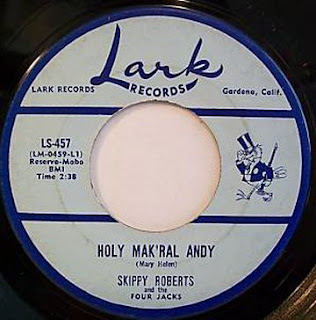 Ohio RnB rocker Skippy Roberts had two singles released in 1958 and 1959.  Both were probably recorded in Cleveland, Ohio, despite a Gardena, California address for his second release. A release on Lark would be explained by the fact that the eastern distributor for the Hugh Jensen's Lark label happened to be Sandy Beck's Custom Distributors in Cleveland who also headed Reserve Records (note the publisher name on the Pett single : Reserve Music)

Zipped Skippy file contains 3 of the 4 songs.  Brown Sugar has been on the Harvey Leisure's Interstellar Interruption playlist for 10/07/2016, but I can't find a way to dowload the archive? Anyone?