Janie Moss and the Epics - We Belong Together 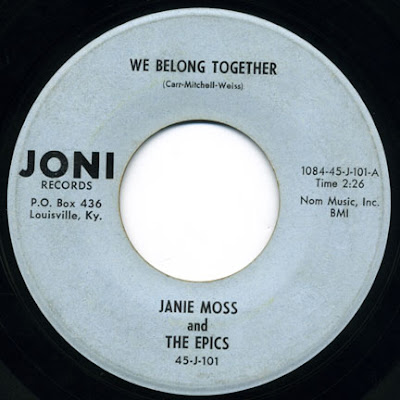 Janie Moss and the Epics 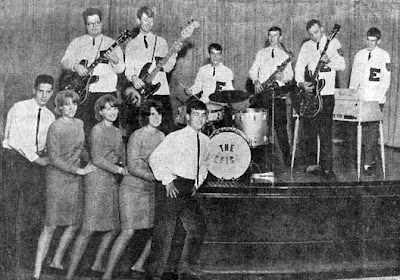 
In 1959 Lynn Cline was so impressed with The Sultans, he wanted his own group and The Epics were formed. The members were originally all males coming from Atherton High School. The Epics first record, "Diamonds and Pearls", was recorded on their own label in 1960. In 1962 the Epics added girl singers, one of the first Louisville groups to do so.

The Epics were soon signed by the Joni Agency, a Louisville booking agency owned and operated by Gene and Vi Snyder. In 1963 the first release on the newly formed Joni label was The Epics recording of "We Belong Together/Baltimore." Both sides of the record received airplay. "We Belong Together" went to number 2 on WAKY radio and number 1 on WKLO radio. It was only the third Louisville record to reach the number one spot.

The group's follow-up record, "Theme For Janet", went to number 9 on WKLO. The Epics toured regionally and appeared with such national groups as the Beach Boys and the Lettermen and remained together until late 1965. [...] From The Epics own website