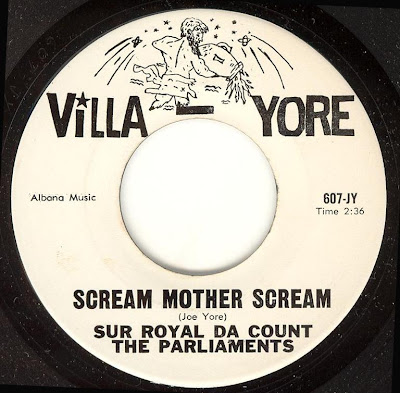 "Scream, Mother, Scream." You get an off-key, drunken chorus bellowing at several points "Scream, mother, scream," while the lead vocalist bellows about his mother yelling at him to get to school. "You scream, 'change those way-out clothes you wear/Better cut off that long, dirty hair.' Meanwhile, he fires back 'You don't like any of us, do you ma?' The screaming never stops, so finally our hero goes 'Okay ma, I'm up! Don't hit me! Don't hit me!' and presumably gets his butt to school.

On "Sgt. Ralph," the vocalist recites the words while an accoustic guitar and primitive drumbeat provide sparse background. He relates how his buddy of the title gave up his women and booze to go serve his country. He also urges America to stand up and get behind the government and LBJ. Today, this could probably pass as a performance art piece the way this country gets ridiculed, both here and abroad. But it's still fascinating in its stumbling charm and for its pre-1968 pro-Vietnam views.

From Endeavor News.com come this short bio of one Joe Yore, who is likely - it's my belief - the same Joe Yore who wrote these songs and quite possibly also the singer of Sur Royal Da Count The Parliaments :

Who is Joe Yore?

Enter his home and you walk into a Hollywood backlot of the mind. Images of Humphrey Bogart and Marilyn Monroe abound on the walls covered with photographs, figurines, dolls, statuary and masks.

The Hollywood bug bit Yore early as he made his way west in the late 1950s from Cameron County. During his Hollywood period, spanning about 30 years, he collaborated with Debbie Reynolds on "Am I That Easy to Forget?" He was an extra in Elvis Presley's "Viva Las Vegas" and "The Greatest Story Ever Told."

Over the decades, Yore managed to amass a collection of movie posters and memorabilia that a museum curator would envy. Then he donated 1,050 movie posters to the library of the Motion Picture Academy of Arts and Sciences.

"You get to a point in your life where you've collected enough and you want to give something back," Yore said. "When I die, I don't want my stuff trashed. It's not junk."

There was also a record credited to Joseph Yore on the Silvertip label (Selma Avenue, Hollywood) produced by Rene Hall, famous guitarist and arranger : 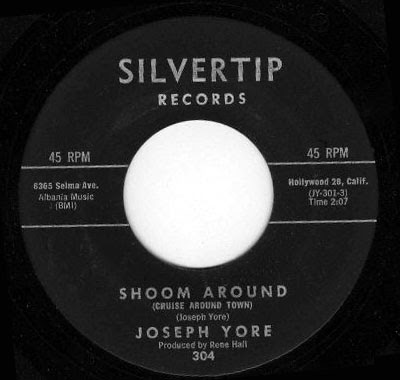 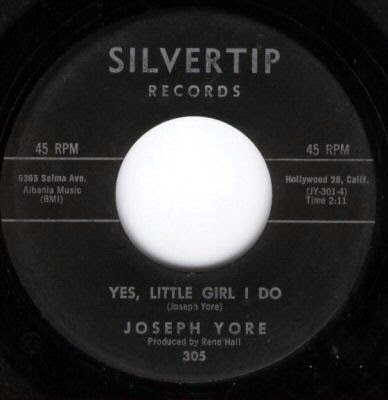 Was Joe Yore also involved in the following release on the same Villa-Yore label? 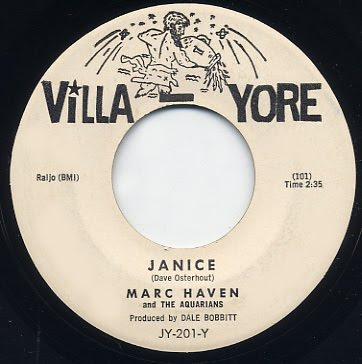 In 1982, some twenty years later, he co-wrote PacMan On Her Mind with Gary Revel who recorded it on his own TOP'S label. Gary produced this record with Irfan Mirza and some of the Mac Davis backup band were the session musicians. Gary Revel is a musician and a Martin Luther King assassination researcher. For more information about Gary, see his own website.