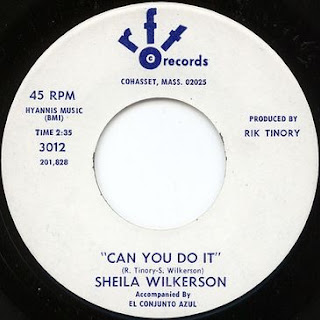 One of the first production from Rik Tinory who established his recording studios in 1967 in Cohasset, Massachusetts.  The studios later hosted sessions by local artists Aerosmith and James Taylor, among others. 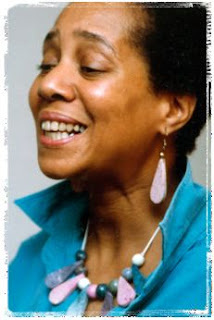 Sheila Wilkerson studied percussion with Don Alias, and with Don played in the “Los Muchachos” with Mark Levine on piano. She was their vocalist.   The group was the house band of a Boston nightclub called The Cave, on Boylston Alley, the venue was a hotbed of authentic Cuban music which attracted polished dancers to its floor.

In 1969, she was in Hollywood with the Moacir Santos group.  Known to Brazilians as  ‘The Brazilian Duke Ellington’, Moacir Santos had his first US release on Blue Note Records in 1972, an album titled "Maestro".  You can listen to "Nana", from that LP, sung by Sheila Wilkerson on YouTube here

In 1972, Sheila was introduced to Stevie Wonder and she spent the week sitting on the piano bench with Stevie. Her vocal range was not right for the background singer’s slot Stevie was trying to fill, but later that year, he called her to record with him on two songs, “Don’t You Worry ‘Bout a Thing” on the ‘Innervisions’ album, and “Big Brother” on the ‘Talking Book’ album. She was only credited on the ‘Innervisions’ album.

More info, pictures and audio available HERE thanks to Paul Smith who dedicated a new website to Sheila, a woman he loved so much and who was his wife.