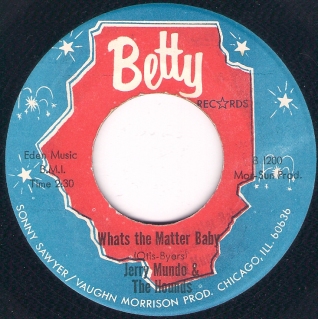 What's a Matter Baby (Is It Hurting You) was written by Clyde Otis, Joy Byers and was first released by Timi Yuro in 1962

★
An ambitious entrepreneur, Sonny (or Sunny) Sawyer was running a small record-pressing plant in Chicago called Apex at 2009 W. 69th when, around 1965, he partnered with an older recording engineer, Vaughn Morrison, who designed and built a studio one door west. Most people knew it as Sunny Sawyer's studio and others simply called it Apex, but its proper name, painted on its glass-brick facade, was Morrison Sound Studio. In '61 Morrison had produced a top-ten pop hit, "This Time," for Indiana native Troy Shondell.  That's where Jerry Mundo landed a job as a writer/arranger and co-producer. 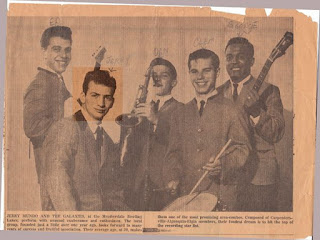 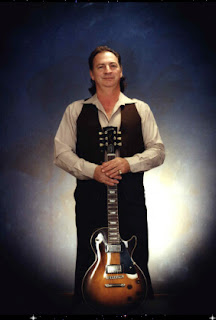 Born and raised in Chicago, Jerry fronted numerous local bands and eventually landed a job as a writer/arranger and co-producer at Apex.  Playing guitar and singing at clubs around the midwest and Canada, he eventually moved toward warmer weather.  He travelled throughout the south as a solo performer, wrote songs and honed his unique style of blues/rock. After working the cruise line circuit and numerous venues in the southern states, he finally headed for Las Vegas.

Working with several bands and keeping his day job, he went into the studio with some great  new songs and came out with "Hard Money"

Betty label listing
Named after the wife of Sonny Sawyer, owner of the label
(Betty, along with another woman operated the machinery at the pressing plant while Sunny ran the studio)
Related labels : Palos, New Breed