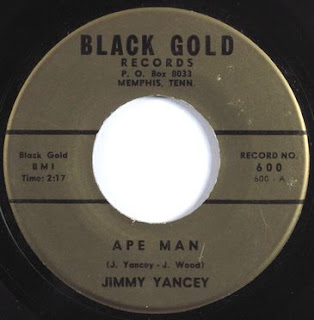 
Rather obscure Memphis artist despite the release of at least five singles issued between 1962 and 1966. James V. Yancey (his name) switched to record production after his singing career was over. At Sun Studios, he recorded Li'l Smokey Miller in early 1966 (Black Gold#500) and later Len Barrow for his own Yanden label (3494 Obion Road, Memphis).  One Judd Wood seems to have been one of his regular partners in songwriting.

I cannot find a date for the 45 on Express, a tiny but long-lasting label owned by Bob Taylor, the singing truckdriver.