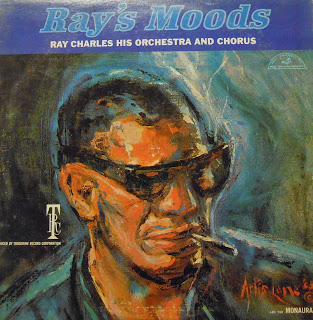 What a ugly cover !  The Ray Charles painting is signed Artis Lane.  I didn't know who was the painter.   And at my surprise, I soon discovered that she is apparently much celebrated.

In a nutshell, she is well established artist. One Yussuf Simmonds write an article titled "Artis Lane, the Artist Without Boundaries" in the Los Angeles Sentinel.  Without boundaries, including the boundary of good taste...