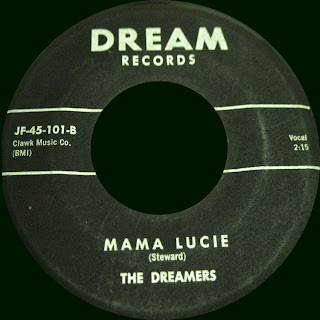 Florida rock & roll band made up of Largo High alumnus,

I launched my music career while living in Clearwater, Florida. I played quite a few teen dances in the Clearwater area. I remember the first band to influence me was a group I first saw at the old Clearwater Auditorium called The Dreamers a band which was lead by a guitarist/vocalist from Largo, Florida named Ralph Steward. I used to go to the dances and watch Ralph and his other guitarist, Pete Bass (I hope I remember his name correctly) play, and then go home and practice what I saw them doing on an old acoustic guitar. 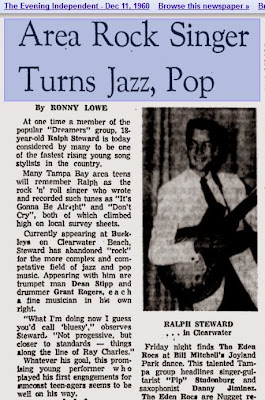 The two songs mentioned in the article above, "It's Gonna Be All Right" and "Don't Cry", were issued in 1959 on Nuggett Records, Tampa label owned by Lonzo and Oscar,  once a popular country act.