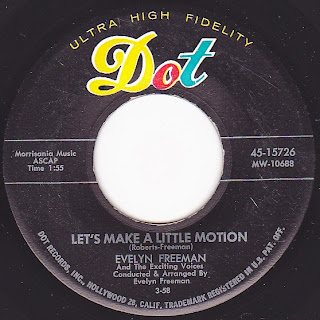 Evelyn Freeman And The Exciting Voices


Bandleader, music composer and musician Evelyn Freeman Roberts was born on February 13, 1919,  Roberts grew up in Cleveland, Ohio and performed music at local social events with "The Freeman Family," a group that included her brother, Ernie, and father.   She also began performing locally in a classical ensemble. Roberts skipped school one day to watch Duke Ellington at Cleveland's Palace Theater and met Ellington after the performance. His music made a huge impact on Roberts, who decided at that moment that she wanted to be a bandleader. She was a bright student, and graduated ahead of her grade in 1936...  more :   http://www.thehistorymakers.com/biography/evelyn-freeman-roberts-41