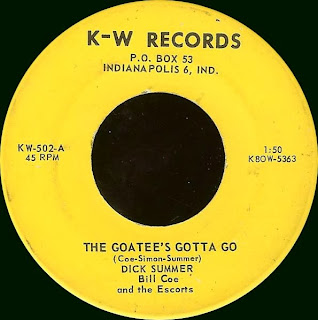 Dick Summer was dee jay at WIBC at the time. Then, he was the MC of a Bandstand-type program called "Rhythm Carnival" on WISH-TV. until he was hired by WBZ Radio in Boston.  His radio show was unpredictable. He read poetry and short stories, and sometimes he played old radio dramas - listeners loved it.

The background music is provided by Bill Coe and The Escorts.  Bill Coe is believed to be the brother of musician Jimmy Coe. 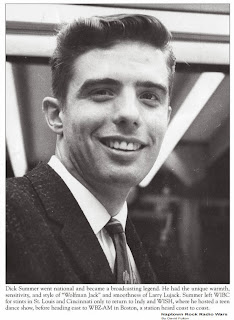 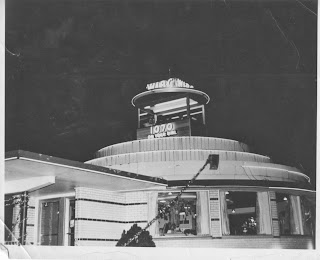 WIBC radio booth on the roof of Merrill's 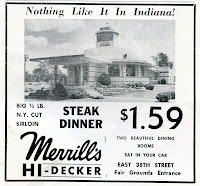 Merrill’s Hi-Decker was another popular spot for both locals and visitors, featuring a $1.59 steak special that could be enjoyed in the restaurant’s “Two Beautiful Dining Rooms” or in the customer’s own car. Younger patrons preferred the latter option so they could listen to disc jockey Dick Summer playing the newest rock-and-roll hits from the WIBC radio booth on the restaurant’s roof. His show featured a “make it or break it game” where he would ask patrons to honk their car horns to vote on whether a new record should be played again or broken in half.